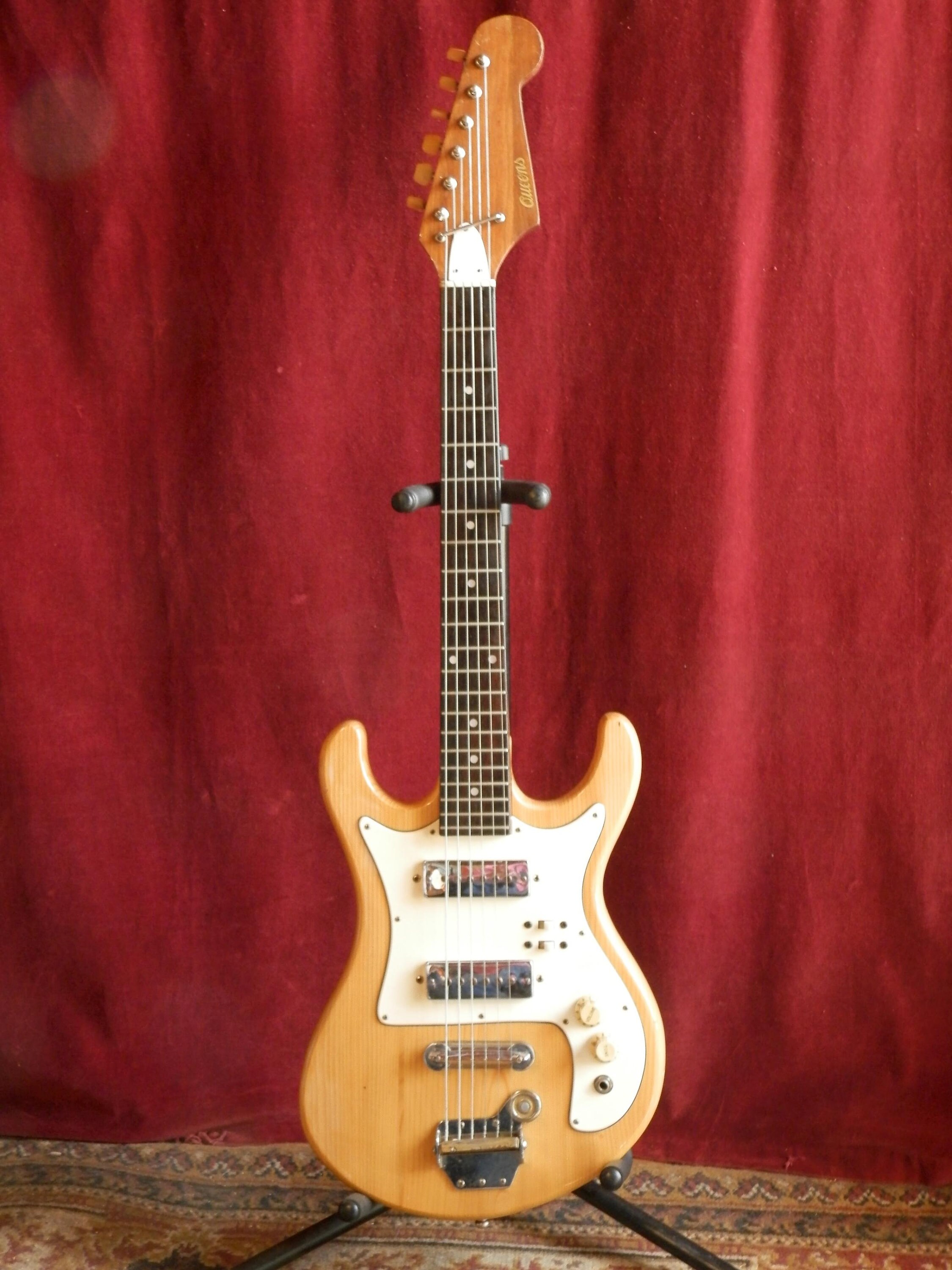 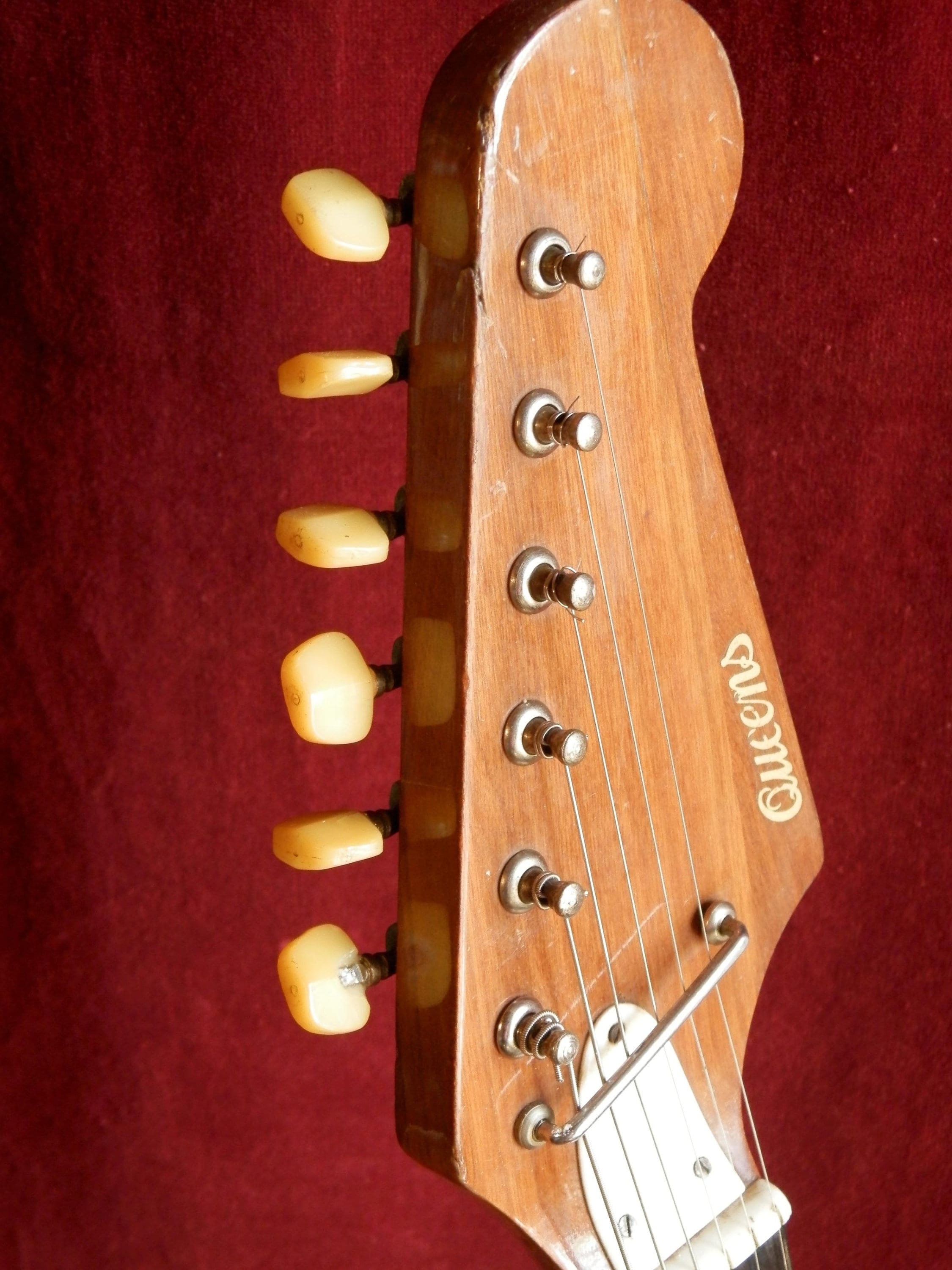 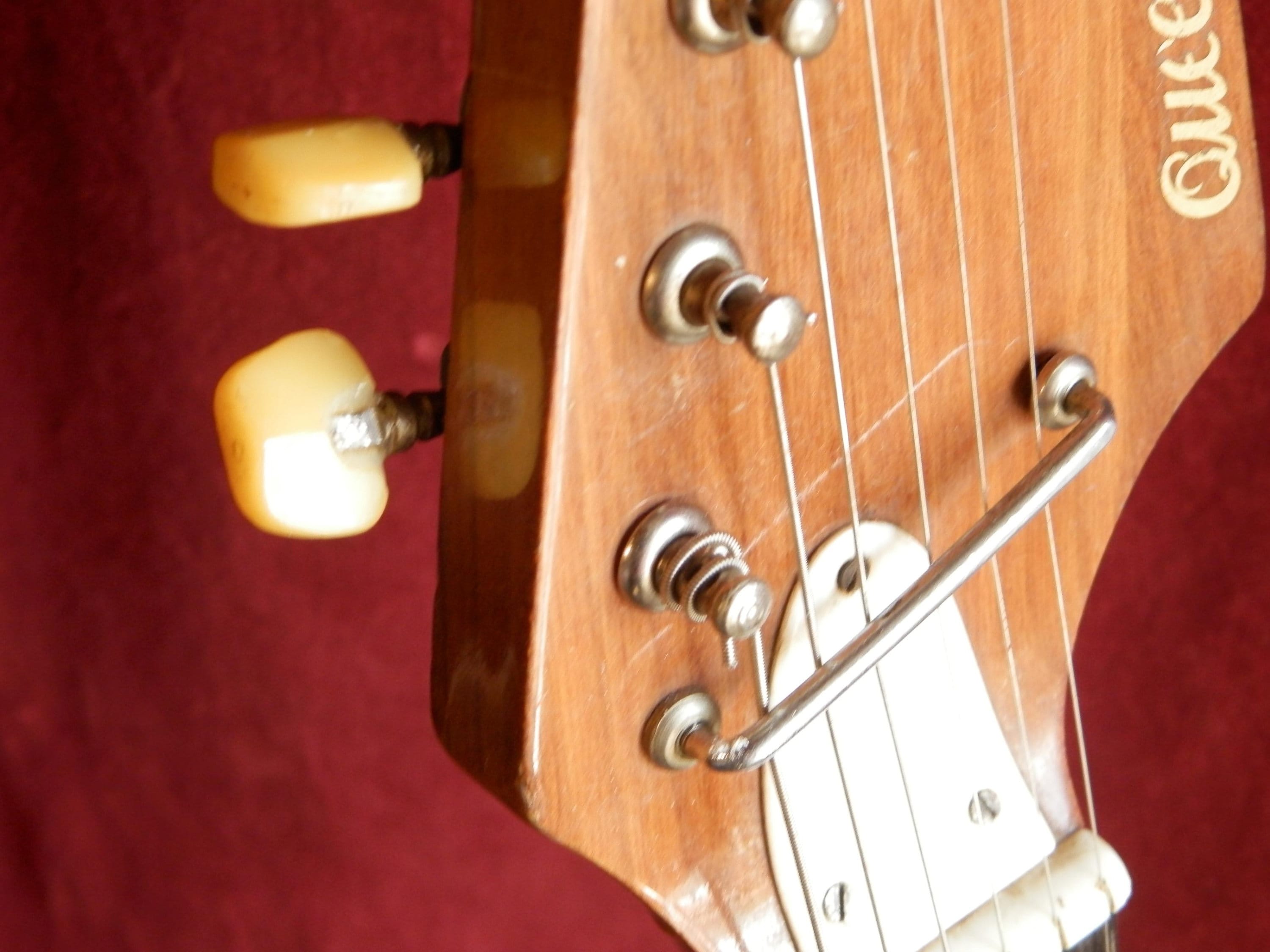 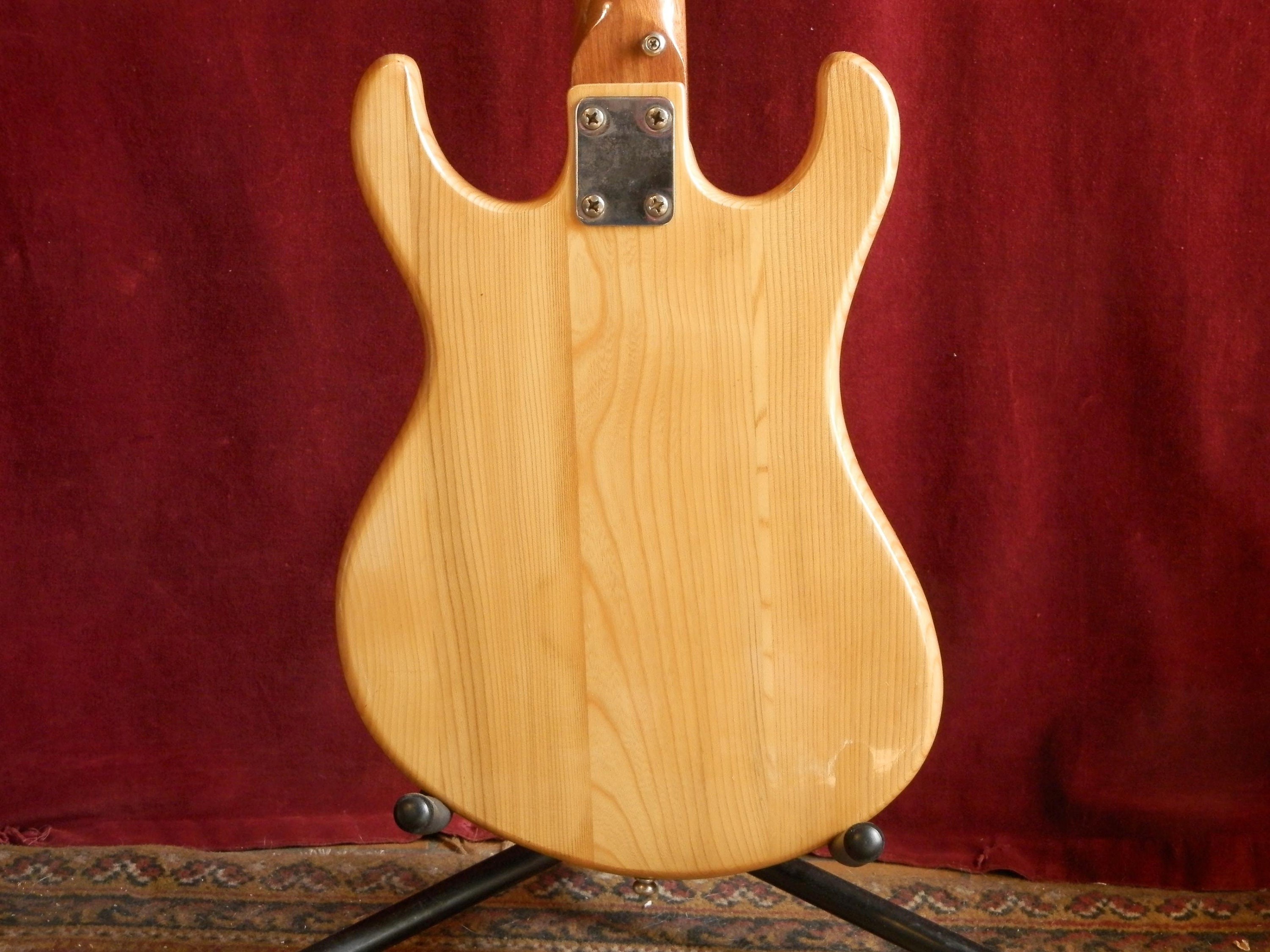 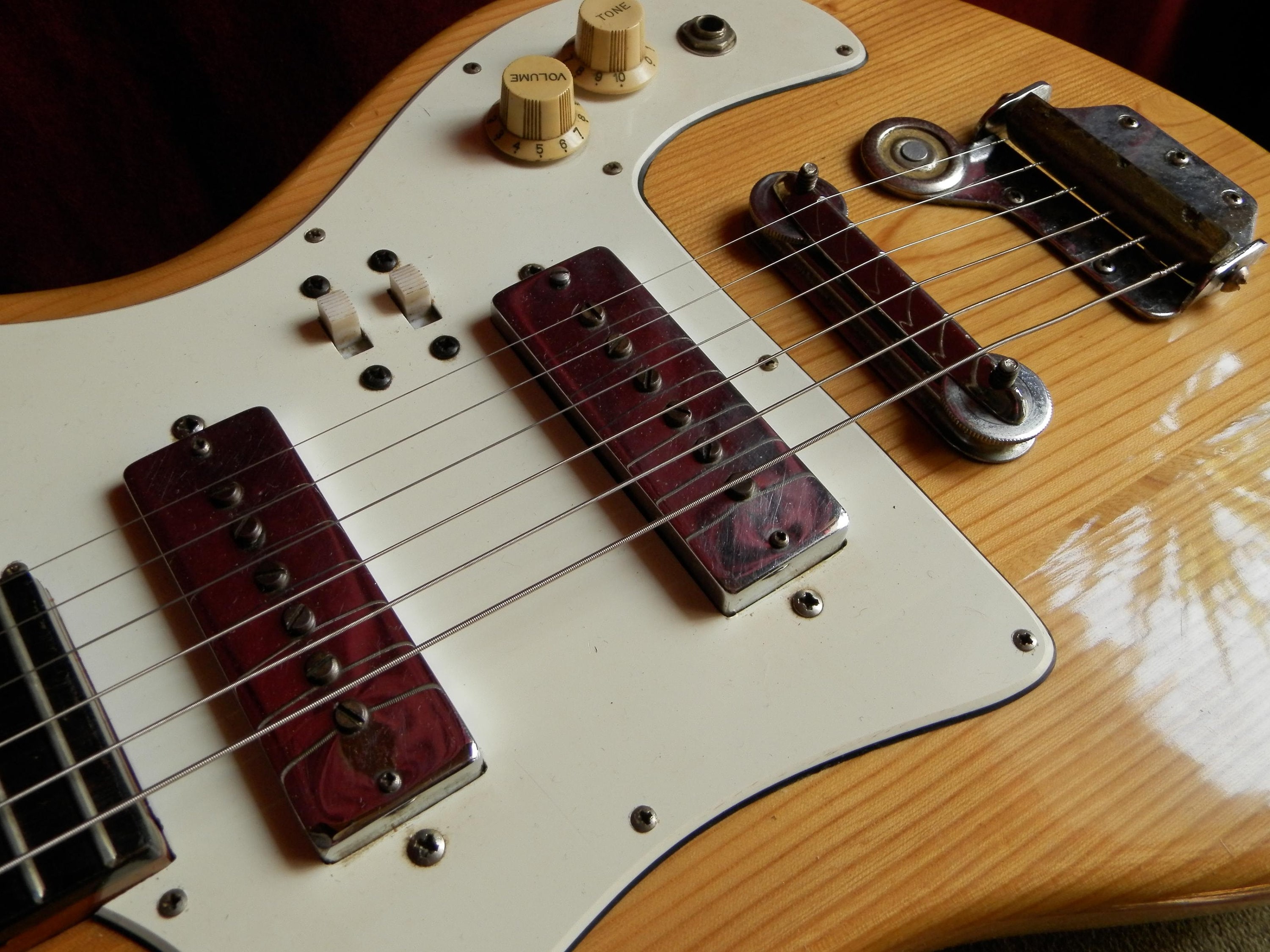 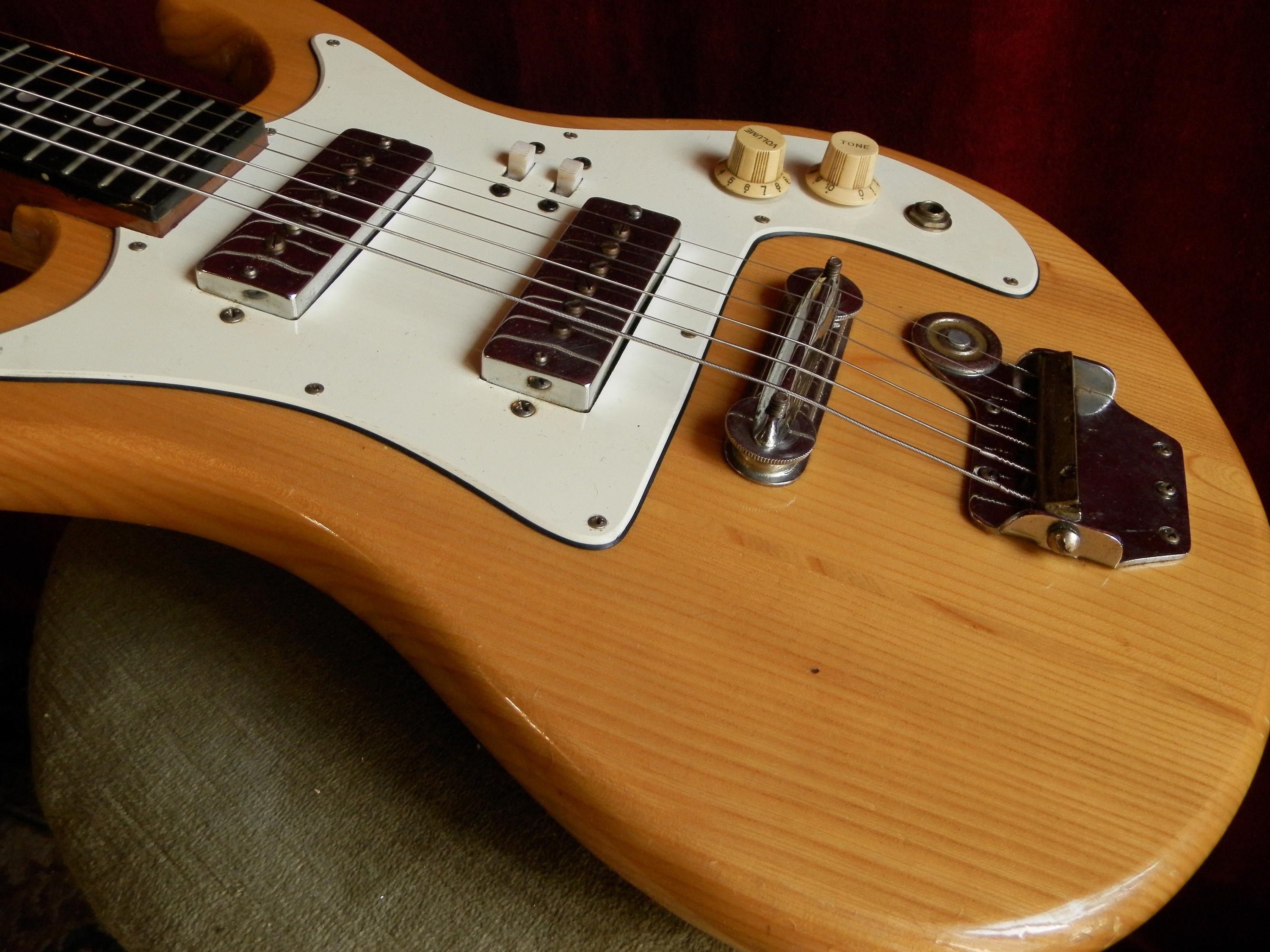 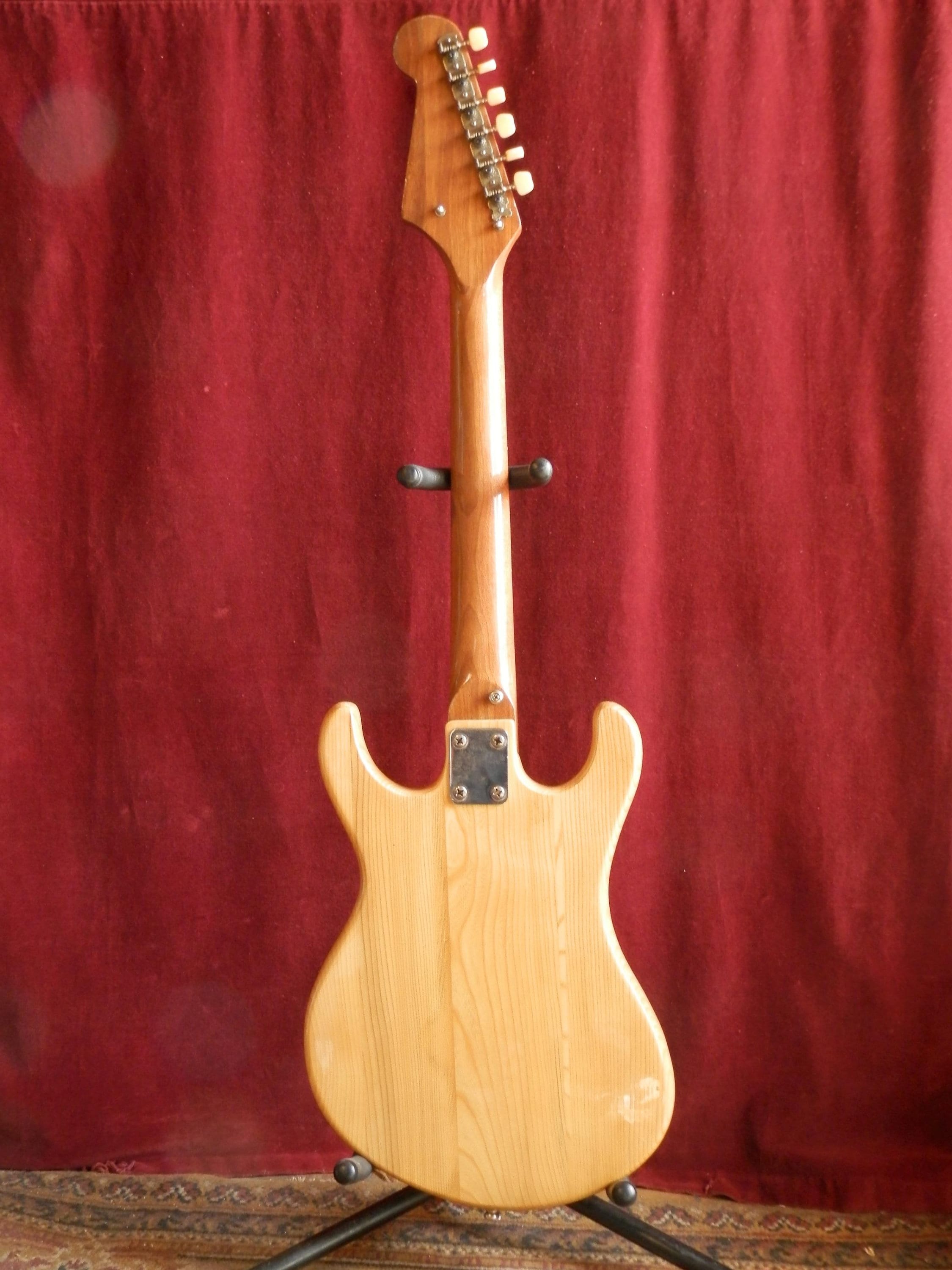 It's been difficult to find out anything about this guitar! I think the mark "Queens" was made in the Kawai Teisco factory, Japan. I've also seen a guitar similar and was called "Dukes" !
Everything works, it has 2 pickups, 1 volume control and 1 tone. 2 selector switches for the pickups.
It is missing the bridge cover and tremolo arm!
The neck is straight, working truss rod and the frets are in good condition.
1 button on the tuning keys has been cracked but it does function (see photo)
It's made from solid wood (not ply) probably alder.
Gives a great sixties sound.
Update on its origins - This was Teisco's take on a "Mosrite Ventures" that was made in California. Mosrite was the guitar maker and the Ventures a very early 50/60s pop group.
The model number was EG409-2T, it could of been made in Japan, although a few were made in Korea!!!!

I gladly accept returns and exchanges

Ship items back to me within: 30 days of delivery

But please contact me if you have any problems with your order.

The following items can't be returned or exchanged

Because of the nature of these items, unless they arrive damaged or defective, I can't accept returns for:

0 items in your cart